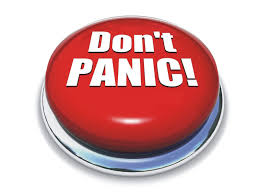 No, though they share similar, symptoms they are different.

Panic Attacks have a direct endocrine stress-response with the release of adrenaline (adrenaline rush) but little production of cortisol (stress hormone). It is the reaction to a perceived imminent threat

Anxiety produces the stress hormone cortisol and is perceived as a distant, uncertain, abstract threat. An anxiety attack could be considered as “worry”. Will you have enough money this month to pay your mortgage.

A panic “attack” is not an attack. It’s a false alarm (Your body is sending you a false messages from your fear system) It’s a mistake, it’s saying “better safe than sorry”

The problem is that this “false alarm” feels the same as a real one.

A panic attack is an overreaction to a perceived threat

Isn’t it interesting that a panic attack as a certain negative stigma placed on it, yet and actor who says they get “stage fright” is considered a normal response. No difference but the term.

The amygdala is set of nerves deep in the brain and is key in processing emotions and acts as our radar, looking out for your safety. It is key in the response to stress.

Mistakes people make in trying to cope with panic attacks

What Should I Do?

These are my observations as an anxiety and panic attack victim. I have gathered my observations and techniques along with those of others to help to cope. I am not a medical practitioner. Please consult with your physician regarding your situation.